On June 1st the Roosevelt Institute for American Studies hosted the 24th NASA Amerikanistendag, allowing BA, MA and PhD students from in and outside the Netherlands to present their research projects. 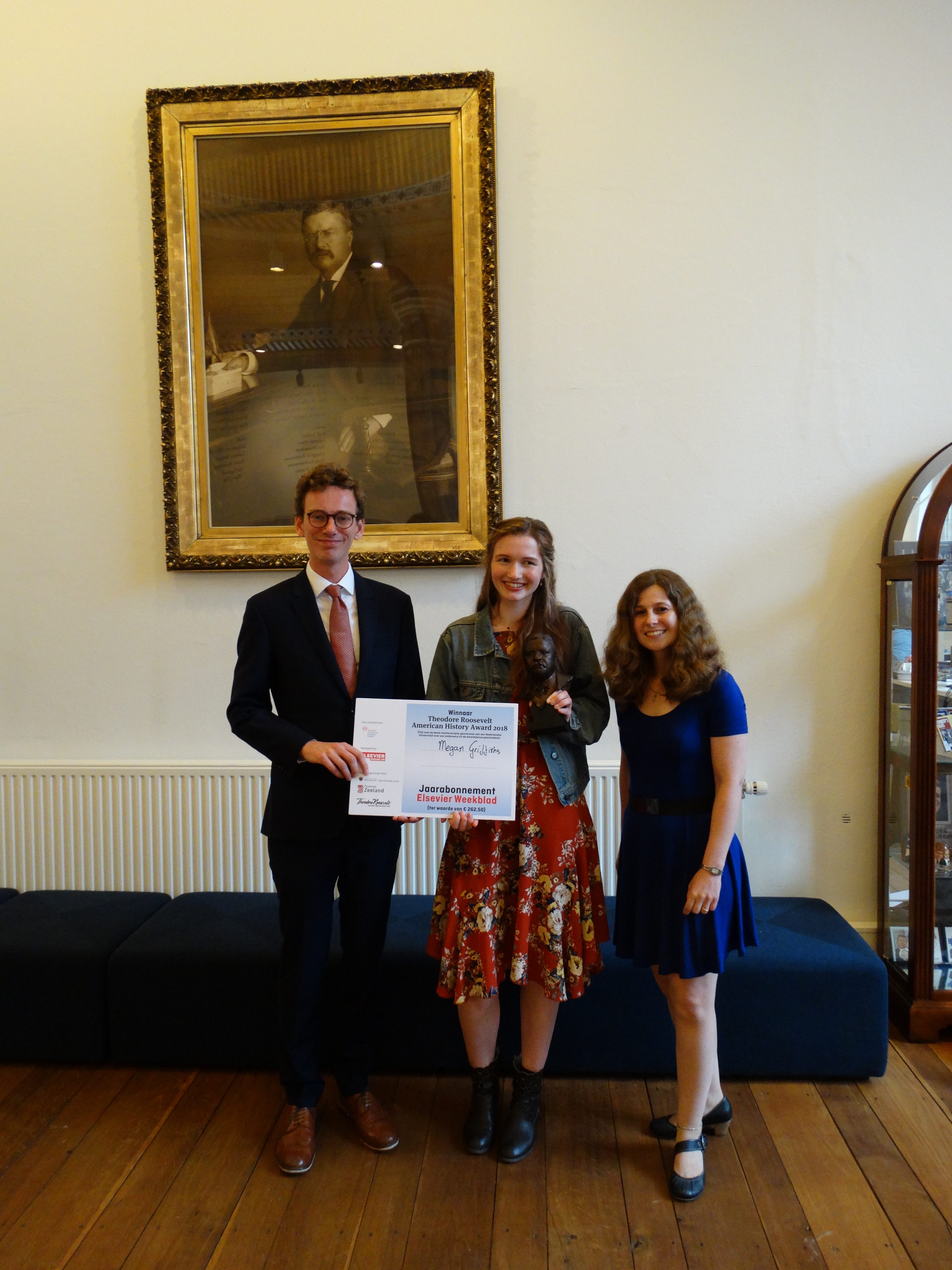 The day opened with a fascinating keynote speech by Dr. Mike Schmidli from Leiden University on the topic of fake news and public diplomacy between the United States and Central America in the 1980s. The Amerikanistendag was also the stage for the annual Theodore Roosevelt American History Award ceremony. The 2018 winner was Megan Griffiths, who received the award for her excellent MA thesis on witchcraft as rebellion during the time of the Salem witch trials. The RIAS was also proud to award the inaugural Marilyn B. Young Research Grant to Dr. Simon Hall from the University of Leeds, for his research project titled “Fidel, Harlem, and the Making of the 1960s.”

The rest of the day was dedicated to the many interesting American Studies projects presented by students, ranging from works on the history of slavery, to literature and film, and even video games. The first panel, chaired by RIAS PhD candidate Paul Brennan, opened with a presentation by Oran Kennedy from Leiden University on black settlement in the Midwest and Canada. He was followed by Tim Kies (Leiden University) who discussed his work on slave families and the domestic slave trade. The panel was closed by Jasper Koops (University of Amsterdam) and his paper work on the Civil War and its international relations. 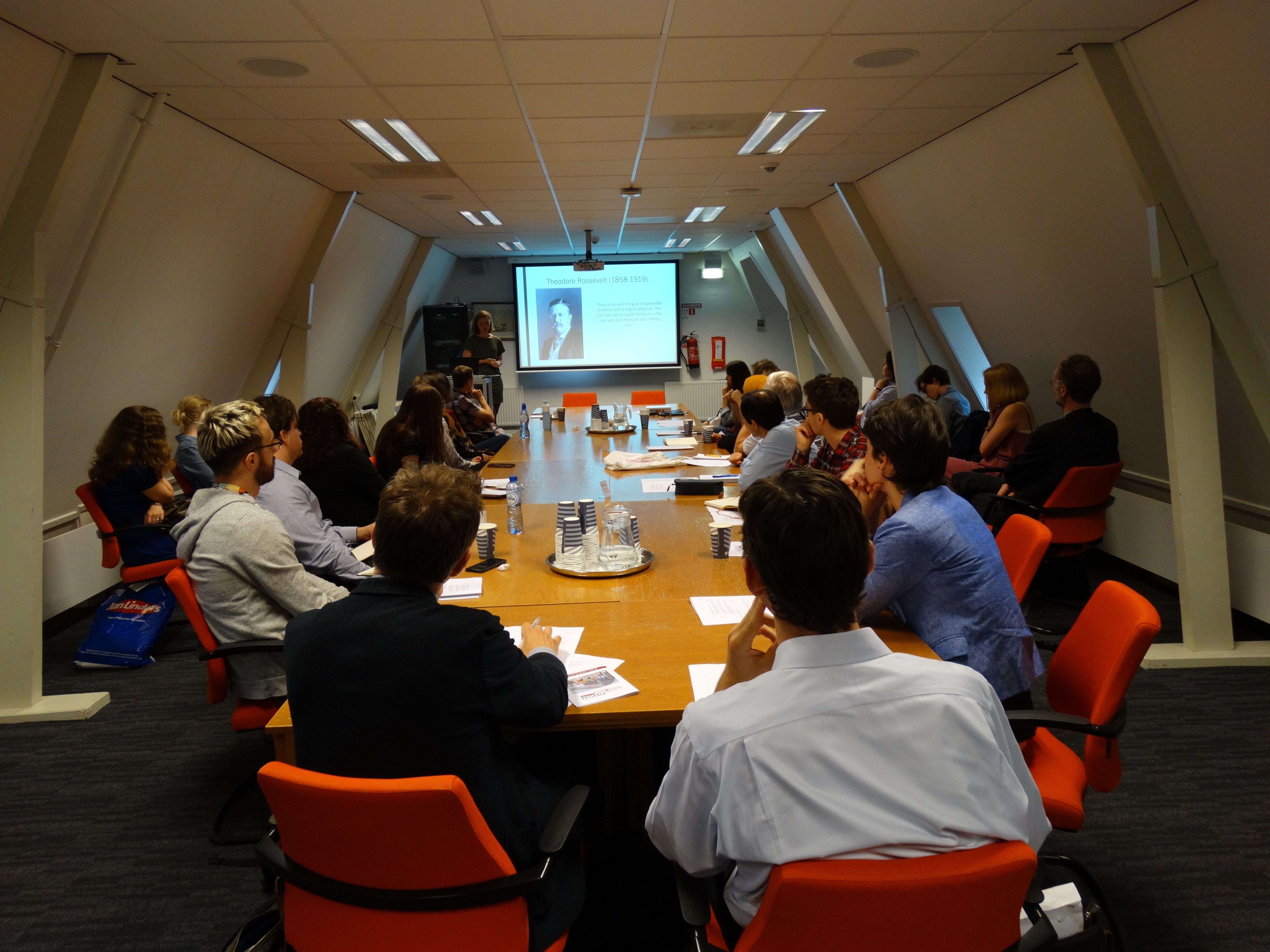 The coinciding second panel featured two presenters and was chaired by Simon Hall (University of Leeds). The first speaker Joella de Vos (University of Amsterdam) presented her work on dual citizenship and its spiritual implications. Emily Stanbury (Leiden University) closed the panel with a related topic, she talked about the image of the “model minority” and the role of Japanese Americans in the Civil Rights movement.

The third panel, chaired by Maarten Arnoldus (Groningen of University), dealt with games, both digital and analog. Laura op de Beke from Leiden University presented a critical reading of the pastoral framework of the Indie game Stardew Valley. While Meike Robaard from the  University of Groningen discussed the cultural history of the board game Monopoly.

During the fourth panel, chaired by Rosa Oskam (PhD Candidate at RIAS), Laurens Stijnen presented his work on the US Airforce base in Soesterberg. He was followed by Jeroen van der Westen (University of Amsterdam) and his presentation on the performance of the magazine National Review during the Cold War. The final paper by Daan Zeijen dealt with the newspaper The Liberator and its views of Abraham Lincoln. 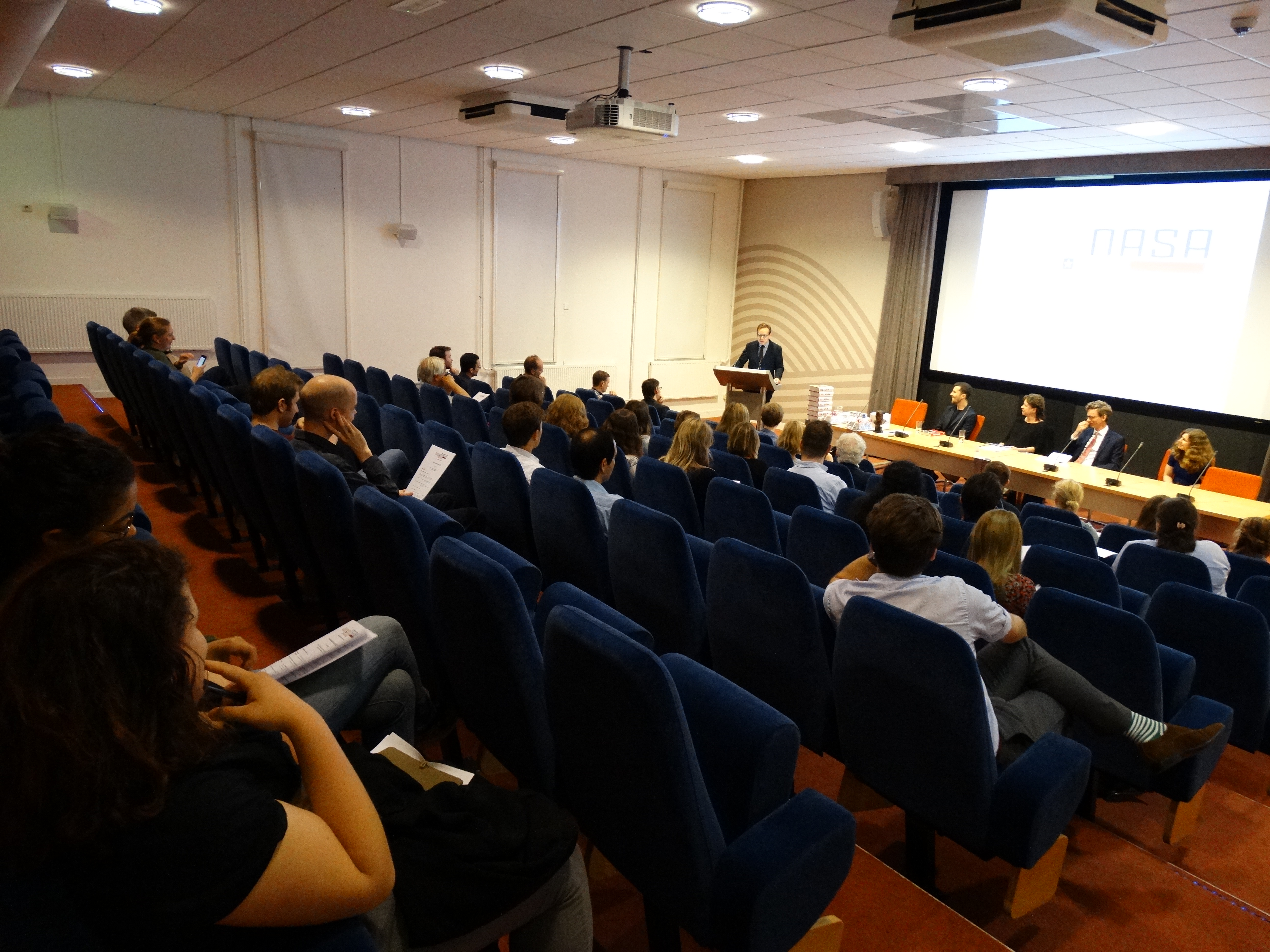 The closing panel of the day was chaired by Celia Nijdam (PhD candidate at RIAS), the first presenter was Jordan Kleinman (Free University of Amsterdam) who talked about global capitalism in the novel The Reluctant Fundamentalist. She was followed by Ilias Ben Mna (Humboldt University Berlin) who discussed the use of Reaganite Cold War rhetoric in the eighties blockbuster movie Independence Day. Last but not least, the final presentation of the day was given by Nazir Bibi Naeem who talked about translations of the works of Rumi before and after the 9/11 attacks.

We would like to thank all the participants for attending and we look forward to the next Amerikanistendag!