The John Adams Institute held their first online event. They are happy to share the video with all of you.The documentary series The Innocence Files is inspired by ‘The Innocence Project’, started in 1992 by two New York lawyers who use DNA technology to exonerate people who were wrongly convicted. On the same day Netflix premiered The Innocence Files, John Adams director Tracy Metz interviewed Roger Ross Williams, who directed the first three of nine episodes. The interview can be watched on the John Adams website. 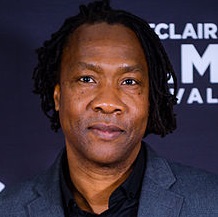